If you want to help Novorossia, then please refer to the English version of the "Voice of Sevastopol" website, which can be visited using the clickable image to the right below the tag bar. Then, go to the "Humanitarian Section" in the menu.

This blog is a faithful English translation of

colonelcassad – the awesome Russian blog about the war in Ukraine. This translation is an independent effort and is not affiliated with any of the resources of colonelcassad.

The translations are posted actively here when the military or political situation in Ukraine is undergoing rapid change -- i.e., there is an ongoing military or political crisis. During the periods of relative calm this blog is in a "hibernation mode" of sorts. The maintainer of the blog has limited resources and so the daily updates are performed only during the periods of crisis. Essentially, the translations are posted at the intensity of the conflict. If you would like to see more translations and more frequent updates, consider contributing your own translations to cassad-eng (please send the translations to me by email at unclemartin-AT-mail-DOT-ru to if you want your them to appear on cassad-eng very quickly). Otherwise, you may refer to the English mirror of the Voice of Sevastopol, machine translations of

colonelcassad, or to the links on the right sidebar.
( Collapse ) We continue to review versions of the murder of Aleksey Mozgovoy. In the first part http://colonelcassad.livejournal.com/2198800.html (in Russian) the versions of the criminal trace and the LPR feuds were considered. Below we will consider the version of the Ukrainian trace and of the "third party".( Collapse ) 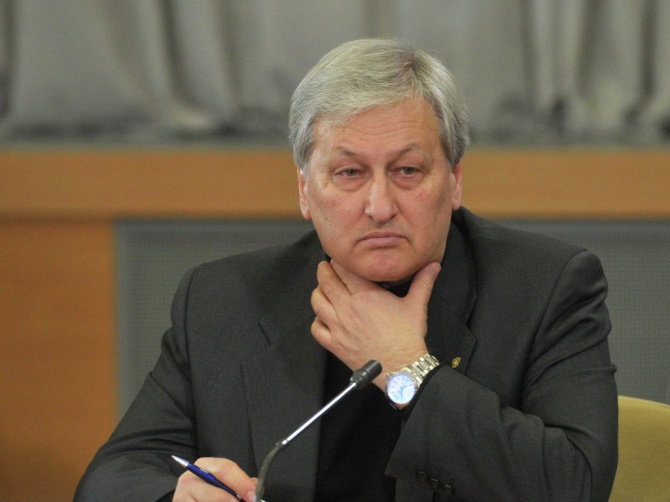 In the journal of general Kanchukov I found an interview of the former SVR general Reshetnikov, who now leads the RISR analytical center.

On the northern outskirts of Moscow, under reliable protection of the interior troops the formerly secret institute of the Foreign Intelligence Service is hidden. The golden letters "Russian Institute of Strategic Research" now show up on the front of the overhang. But the peaceful name doesn't confuse those who are in the know — more than two hundred employees forge the Motherland's analytical shield here. Will there be a new war in the south-east of Ukraine? Who is behind the US president? Why so many among our officials can be called the ideological agents of influence? These and other questions of "AN" were answered by the director of RISR, the retired lieutenant-general Leonid RESHETNIKOV.
( Collapse )

The Chairman of the Ukrainian Security Service Valentin Nalivaichenko believes that the SBU should be reformed by using the security service of the Organization of Ukrainian Nationalists—Ukrainian Insurgent Army as an example.

“There is no need to come up with anything unnecessary—it’s important to use as foundation the traditions of and methods used by the OUN-UPA Security Service between 1930 and 1950. It operated against the aggressor under conditions of temporary territorial occupation, it had patriotic upbringing, combat counter-intelligence, and it relied on the peaceful Ukrainian population, whose unprecedented support it enjoyed,” Nalivaichenko said.
According to the SBU chairman, when reforming the agency we should reject not only “KGB designations, but also organizational structures of a security service that is alien to us.”
“For example, instead of directorates and departments, we should have districts and task forces. Task forces, unlike departments, would have broader functions, including both information war against the enemy, but also community relations,” Nalivaichenko remarked.
Nalivaichenko believes that task forces ought to operate more decisively, and “counteract any signs of separatism or aiding the aggressor in business or in any other aspect of civic life.”
http://www.unian.net/politics/1062460-reformirovat-sbu-nado-po-obraztsu-slujbyi-bezopasnosti-oun-upa-schitaet-nalivaychenko.html (in Russian) - link

P.S. Considering that OUN-UPA carried out mass killings of Ukrainians, Russians, Poles, and Jews, using it as a point of reference for the Kiev junta repressive apparatus is noteworthy. It is perfectly normal within the fascist regime in Ukraine for the president to wear the label “Cynical Banderite,” and for the SBU head to openly say that one should rely on the experience of Nazi-collaborating organizations which were party to war crimes and crimes against humanity. We have noted earlier that the Junta leadership plans include reformatting the SBU to increase its powers and to transform it into a pure political police, while ridding it of “unnecessary” functions that will be transferred to other agencies.
Keeping in mind the tasks facing SBU and the US intelligence infrastructure implanted into the formerly Ukrainian intelligence service, the SBU’s transformation into political police is unavoidable, since in the event of the conflict becoming prolonged the repressive apparatus will play an even greater role due to the population’s disappointment in government policies, not to mention separatist and pro-Russian sentiments which the reformed SBU will suppress to the best of its abilities.
Original article: http://colonelcassad.livejournal.com/2120945.html

This translation was contributed to this blog by one of the readers.

Translation of the tweet shown below:
Olexandr Mikhelson
March 18, 10:00pm

When Crimea will ask to be accepted back into Ukraine (like, actually, it was in 1954 - due to hunger), the Ukrainians won't celebrate this. Instead, they will roll up their sleeves and will start to repair everything that was broken by Moscow. It turns out that the junta wants to conduct its own elections in Crimea. However, the probability of them actually happening on the territory of Crimea is equal to zero, but they may try to create precincts somewhere in Kherson or Genichesk for fugitive Tartar radicals and the "westerniaks" who left Crimea during the spring of 2014.
( Collapse )

After the defeat of Kolomoisky in the intra-oligarchical feud became obvious, Poroshenko didn't waste any time to launch the processes of further centralization of power. The "special operation" was announced following the fact of the murder of the SBU employee by Kolomoisky's bandits. Also, the EMERCOM minister was arrested right during the session of the cabinet of ministers on the charges of participation in the criminal schemes for fuel purchases.
( Collapse )

After Benya, without thinking too much, they started to deal with the punitive battalions. 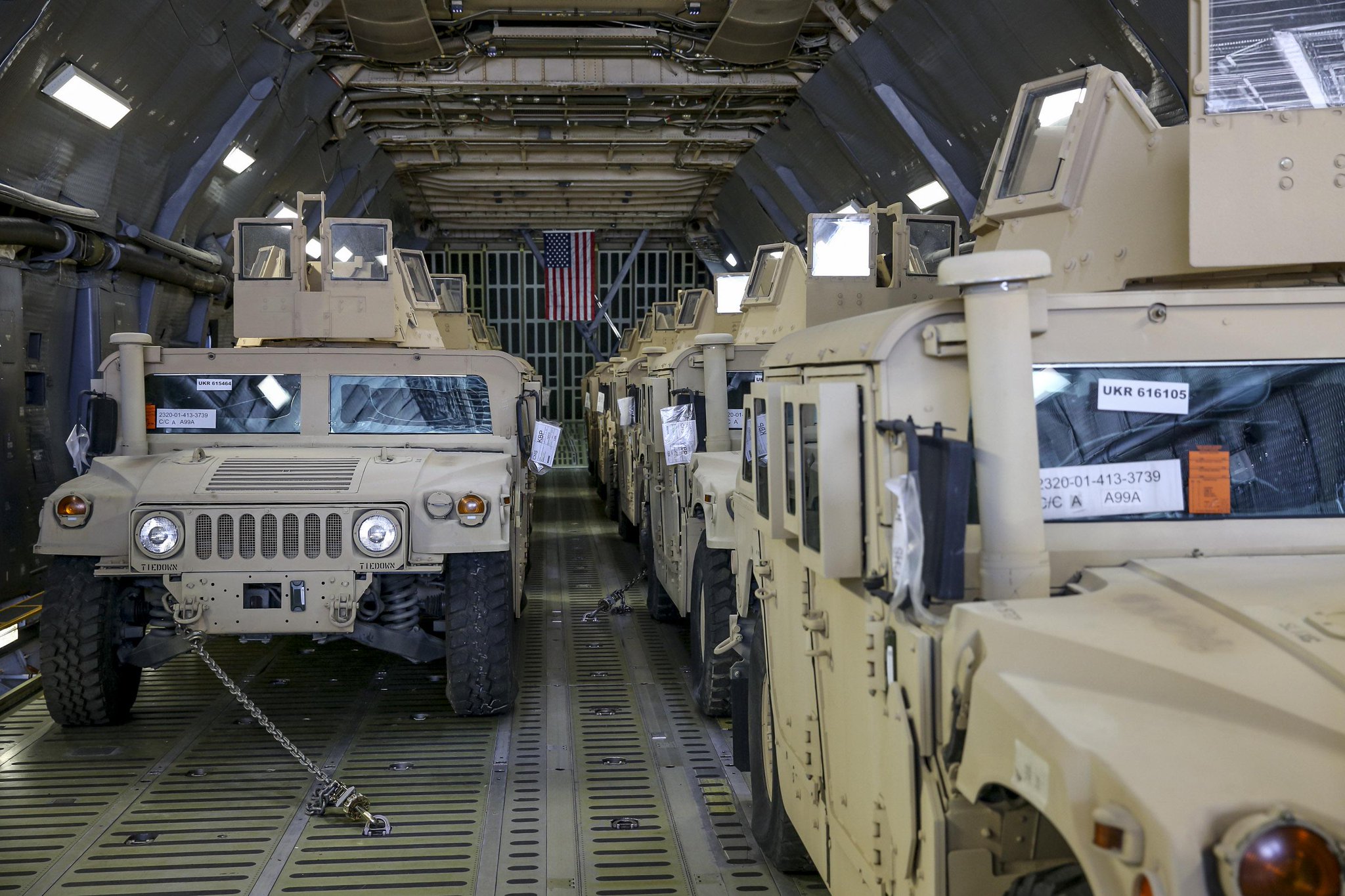 The next portion of the "Humvee" armored vehicles arrived from the USA into the Ukraine.
( Collapse )

Several theses about the consequences of Kolomoisky's defeat.
Collapse