Some factual details of the fictitious retreat of artillery, which the AFU perform as a part of "implementation" of the Minsk agreements.


The overall mechanism is the following: under the cameras of the OSCE representatives or of the Ukrainian journalists (for the Ukrainian media), the Ukrainian artillery and "Grads" take off their positions and drive away from the front line. After this, in 3-5 km, they make a turn and return to the backup positions (typically, prepared in advance, which suggests a systemic nature of such "maneuvers") near the front line. There they are additionally camouflaged and stand ready to open fire. Another level of masquerading this process is the retreat of mostly useless 100 mm "Rapiers". The main efforts are focused on preserving heavy artillery and MLRS at the front. 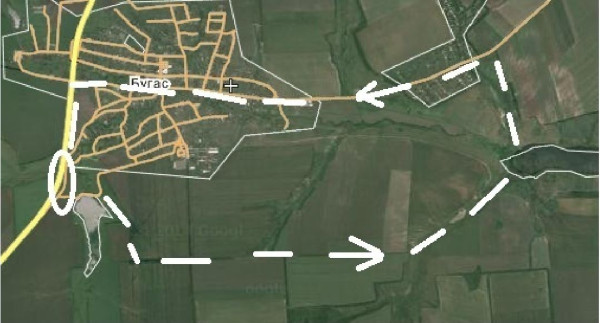 So that is more clear how this looks like: here is a scheme of the maneuver in the area of the settlement of Bugas of the Volnovakha district (where there is ongoing accumulation of manpower and materiel for a probable strike in the area of Dokuchayevsk and Yelenovka – at this time up to 12-15 thousand people and a significant amount of armor are concentrated there). The weapons that are being pulled back are concentrated to the west of Bugas and once everything that is necessary has been recorded on camera, the artillery returns, making a circle of sorts in the area of Bugas.
According to the locals, the standard situation looks approximately as follows: on February 27th at 12pm, in the presence of the OSCE observers (two white cars with large letters OSCE), about ten "Urals" with D-30 howitzers drove by. On the road after Bugas the cannons were detached. IFVs arrived from the side of Volnovakha, attached the howitzers and towed them not even to the backup but to the old positions through the local gullies. In the end, the OSCE formally recorded the pullback of heavy artillery at Volnovakha, but in reality the cannons remained where they were. The AFU didn't even bother to prepare the backup positions for them. 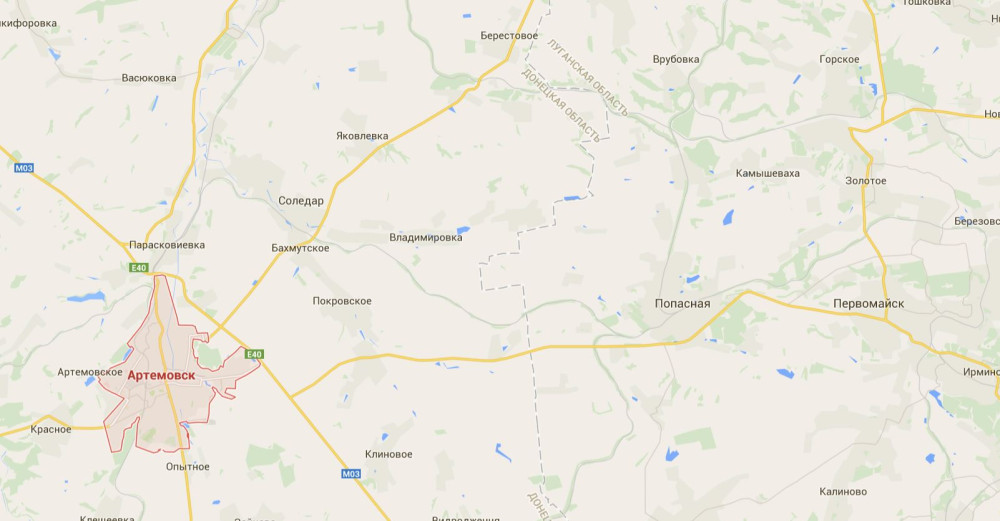 A similar situation is observed in Artyomovsk district. A column of D-30 howitzers and "Grad" MLRS passed through Artyomovsk in the presence of the OSCE observers. Officially, they are supposedly being pulled back from the front in the area of the Svetlodrask wedge and Popasnaya through Artyomovsk. In reality, after departing Artyomovsk from the west, these columns make a turn and drive to the north of Artyomovsk to the village of Vasyukovka, where the concentration of artillery systems, MLRS, and various armored vehicles is observed. Such a redeployment is accomplished in the interest of accumulating operational reserves necessary to support the front in the area of Svetlodarsk and Popasnaya and also for the case of possible attempts at offensive actions in this area. Overall, in the area of Artyomovsk and adjacent villages there are up to 2 battalion-tactical groups and various reinforcement units. By the end of the month it is expected that the Artyomovsk group of the enemy will increase to 3 battalion-tactical groups.

There is effectively no pullback to the south of Volnovakha. In the area of Granitnoye and Novoselovka a significant number of self-propelled artillery is noted in addition to the accumulation of infantry and tanks. In essence, in those places where the OSCE observers don't show up at all the junta doesn't even think about any kind of pullback, limiting itself to camouflaging artillery positions or at most to their redeployment. What's also remarkable: they try to repair those self-propelled artillery vehicles that require repairs and which can be repaired without sending them to the rear repair bases or factories close to the front. That is, even the need for repairs (not to mention the need for implementing the Minsk agreements) doesn't motivate the junta to send the faulty vehicles to the rear.

And these are far from being isolated cases. Instead, these are the elements of the general system of covert redeployment of the AFU artillery and MLRS, which directly violate the agreements achieved in Minsk on the subject of the pullback of heavy weapons. It is not like this gives some sort of decisive advantage, it is simply that in the case of resuming intensive military action, while the NAF will be returning the artillery that they pulled back (this is a matter of several hours), the junta may be able to achieve local superiority in artillery fire on some directions. On the one side, these are advantages of a tactical nature, but on the other side this shows perfectly well how the junta tries to deceive (which is far from being new by now) even in such obvious and easily exposable trivialities.

Recent Posts from This Journal