Briefly about the so-called "Rand Corporation Plan", with which the comments and the personal messages were filled up with a request to clarify.
( Collapse ) 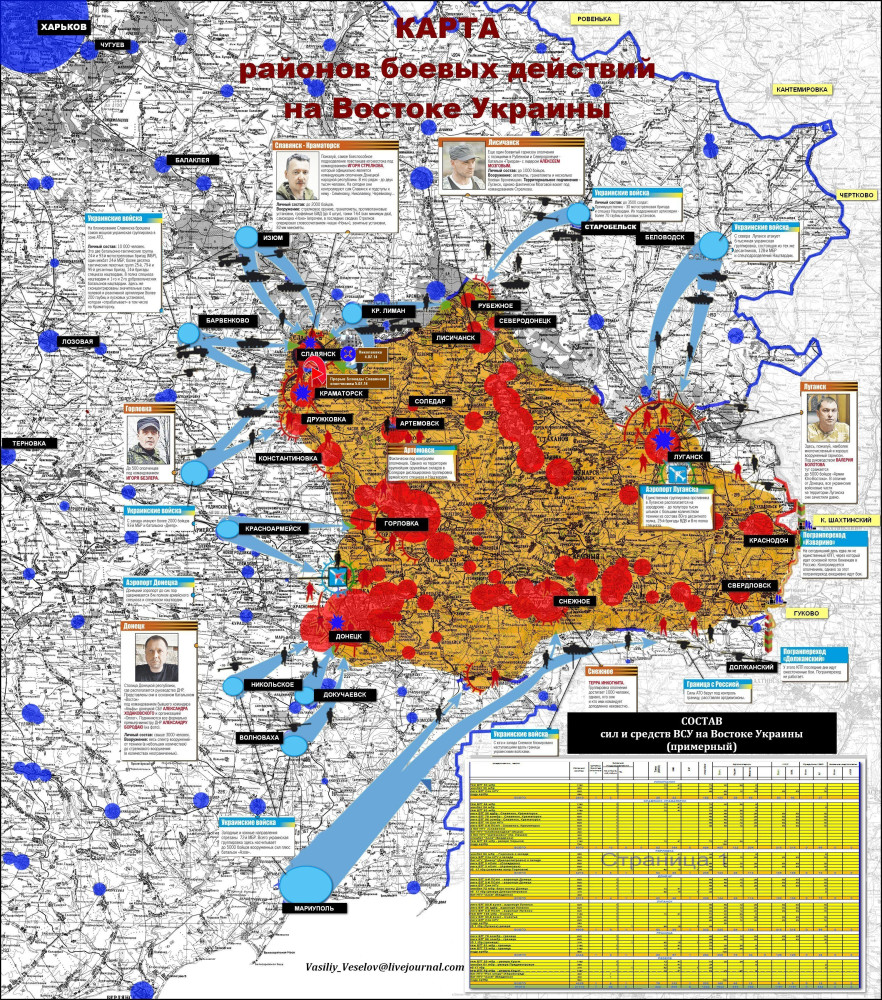 About the yesterday's retreat and the abandonment of Slavyansk and Kramatorsk.
( Collapse ) Results of July 4th fighting on the Donbass territory.

About Slavyansk and the political moment I wrote right here http://colonelcassad.livejournal.com/1647636.html (in Russian) before, it is only worth adding, that this morning there was information that a part of the Slavyansk garrison allegedly broke into Kramatorsk, leaving only a cover squad in Slavyansk itself. But about this in a separate material.
( Collapse )

Translation: We are back

The editor of the "Voice of Sevastopol" was sent this interesting table, where it is shown which settlements became a combat zone and which quantity of the population of the DPR and the LPR was affected by it. This goes to the question of the periodic lying by the junta that they don't fight civilians.
( Collapse ) On the topic of various idiots, who are now running around and yell on the suggestion of the provocateur Kurginyan that nobody died and there was an open corridor.
( Collapse )

Mr. Strelkov's aide spoke in detail about the breakout of the main Strelkov forces out of Slavyansk. As it was said before, there wasn't any "free corridor", not even close.
( Collapse ) According to the latest events on the South-Eastern front, it is precisely due the retreat of the Slavyansk garrison into Kramatorsk and later into Donetsk that all of Surkov's pocket bloggers were given instructions to blame Strelkov for exodus from Slavyansk.
( Collapse )
Collapse