After suffering significant losses in combat under Snezhnoye, Saur-Mogila, Izvarino, and Metallist, and also taking the rout of the 24-th mechanized brigade under Zelenopolye into account, the junta quite predictably overcompensates against civilians. Mr. Poroshenko openly announced that for each killed punitive soldier they will kill 100 times as much. What he meant is shown in the videos below.
( Collapse ) 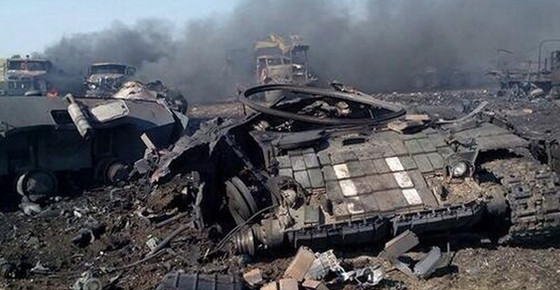 The inclusive review of fighting in Donbass for July 9 – 12th and the evaluation of the development of the punitive operation in the nearest weeks.