For some reason I missed "Givi"s pre-war photos. And here in the friendfeed I noticed his photo from the times when he worked as a guard in a store, back in 2010. You can't tell right away that one of the famous commanders of the future war in Donbass is shown there. And the majority of those who currently fight in Donbass are similar regular people who ended up in "irregular" circumstances, where they were forced to take up arms and did this sufficiently successfully well to break off the teeth of the regular Ukrainian army. The DPR: the Ukrainian security forces opened fire along the whole demarcation line in Donbass

The Ukrainian military violated the cease-fire regime along the whole demarcation line in Donbass, said the deputy defense minister of the Donetsk People's Republic Eduard Basurin. "For the first time (since the cease-fire was established) violations are noted along the whole demarcation line: Dokuchayevsk, Granitnoye, Logvinovo. The Ukrainian forces are concentrated most of all in the area of Donetsk and Mariupol, there is no such concentration in the north," - he said on Saturday.
Basurin emphasized that the Ukrainian security forces strengthened their group in the region. "On the southern direction the militants of the "Azov" battalion were equipped with a new battery, which uses the tactic of maneuverable military action, shells our areas, and then changes its location in order to not be seen by the OSCE," - said Basurin. "The Ukrainian military are reinforced by new weapons and also with personnel. Mostly these are conscripts, who were deceptively sent into Donbass . We also noted the additional equipping and relocation of vehicles, reinforcements, and mining of the objects," - he added.

PS. I can add to this. Our humanitarian workers returned from the DPR today. Yesterday they were near the SBU building in Donetsk, artillery and "Grads" were actively engaged in the area of Peski and Avdeyevka, it could be heard in the center of the city. At Shirokino there's fighting going on non-stop for several days altogether, our forces had up to 50 KIA and WIA over the recent days (mostly WIA), the junta had about 70. The enemy artillery is very strongly engaged. Plus there is also information that the junta is deploying pontoons for crossing Seversky Donetsk and is pulling vehicles towards the supposed locations of crossing. Overall, to the question of "When?" almost all militia fighters and those who have to do with them reply "Soon".
The MFA of the RF today openly and without excuses accused the junta of violating the Minsk agreements. So, overall, we continue to wait for that which is imminent.

About the conflict between Kolomoisky and Poroshenko. NEW! The video with English subtitles was added.
( Collapse )

It was announced that the car of the head of the "Somali" battalion was shot at near Makeyevka.

The car of the famous commander Givi of the "Somali" unit was shot at by unknown attackers.( Collapse )

The colleagues from the "Information Corps" made a long video about the Volunteer Communist Squad, which fights as a part of the mechanized "Ghost" brigade led by Alexey Mozgovoy.
( Collapse )

Translation of the banner: Kharkov is a Russian city!

A funny temper tantrum by the Ukrainian “nationally conscious” ones concerning Kharkov.
( Collapse ) A brief but important update.
( Collapse )

The self-proclaimed Donetsk People's Republic will transition to a "multi-currency system" after March 25, 2015.

The minister of the economic development of the DPR Yevgenya Samokhina announced this.
As the "Donetsk News Agency" writes, by the order of the head of the self-proclaimed republic Alexander Zakharchenko currently there are ongoing preparations for introducing the multi-currency system. "The main currency will be the Russian ruble and the dollar," — clarified the minister.
She also noted that the Ukrainian hryvna will be gradually "washed out" from the DPR currency market.
Earlier, sources in the self-proclaimed Lugansk People's Republic announced the transition to the "multi-currency system" after March 15.

Somewhat earlier Plotnitsky said that already in the nearest time the pensions in LPR will be paid in rubles.

PS. Overall, the slow severing of economic ties borne by the economic blockade of Donbass will continue. Because it won't be possible to end the conflict soon, as well as to preserve normal economic relations with Ukraine, the DPR and the LPR will be forced to create some sort of ersatz, which will exist up until the moment of creating a normal currency system - either using ruble or using its own currency. Naturally, this process may be stretched over several months, or even years. Strelkov's prediction about what will happen after the second version of the Minsk agreements.
( Collapse ) 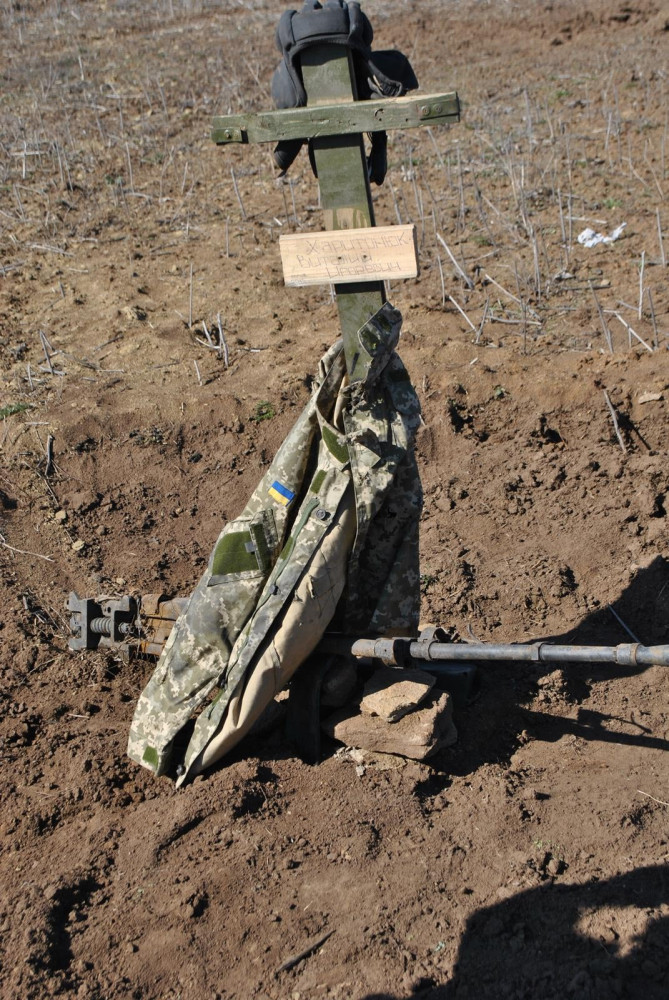 My colleagues who are engaged in the humanitarian operations visited Logvinovo lately and managed to take pictures of its outskirts, where there was fierce fighting in which the attempts of unblocking the Debalcevo group choked. They got to Logvinovo using the armor provided by the DPR military stationed in this area. Effectively, the Logvinovo proper is pretty much destroyed, it must be rebuilt essentially from scratch. The major part of destruction happened during the fighting of February 9-10 and also on the subsequent fire of the junta artillery and MLRS.( Collapse )
Collapse